The beginnings of the modern physical science of cosmology came with the publication in 1929 by Edwin Hubble that included use of a linear model.

In this exercise, you will build a model whose slope will give Hubble's Constant, which describes the velocity of galaxies as a linear function of distance from Earth. 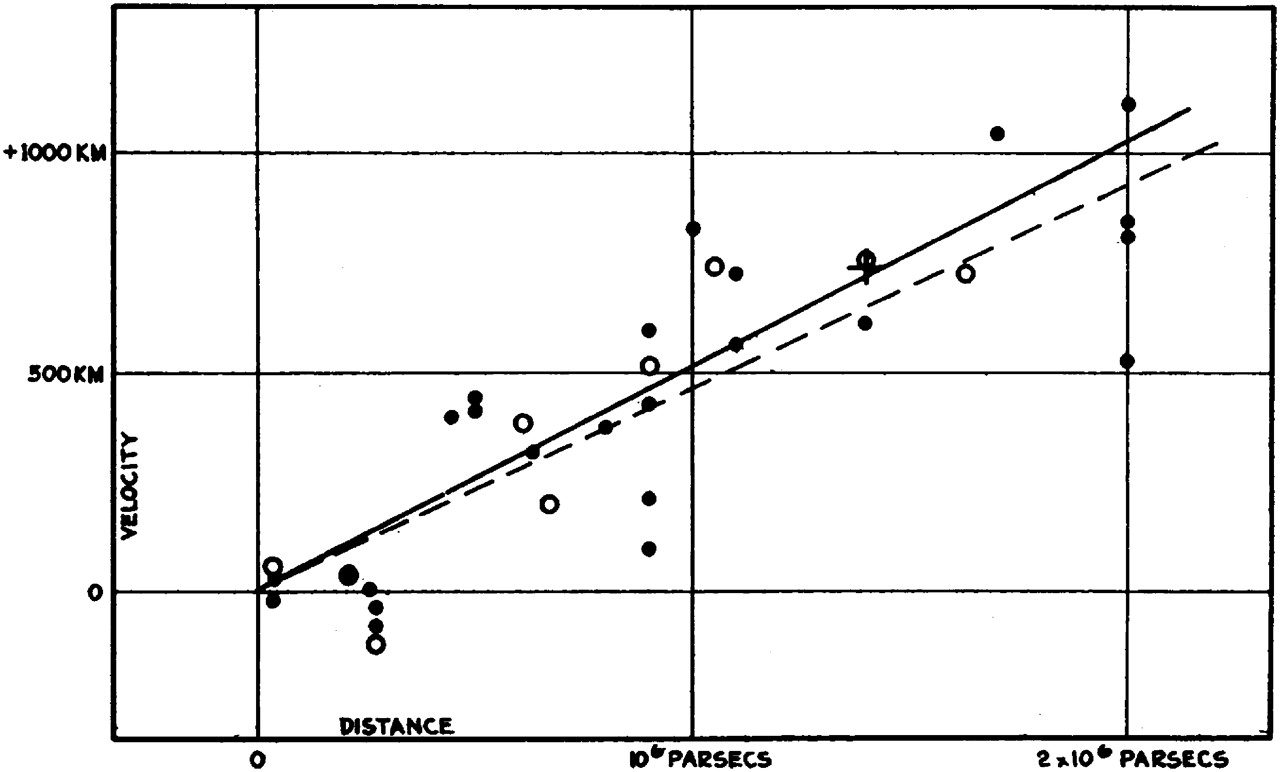