Here we have pre-loaded the data x_data,y_data and the model predictions y_model for the best fit model; your goal is to compute the R-squared measure to quantify how much this linear model accounts for variation in the data. 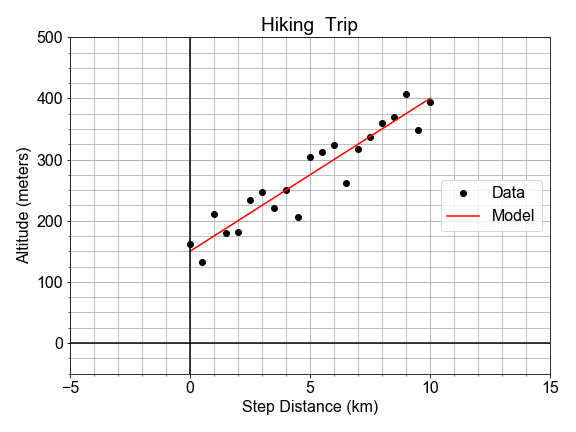