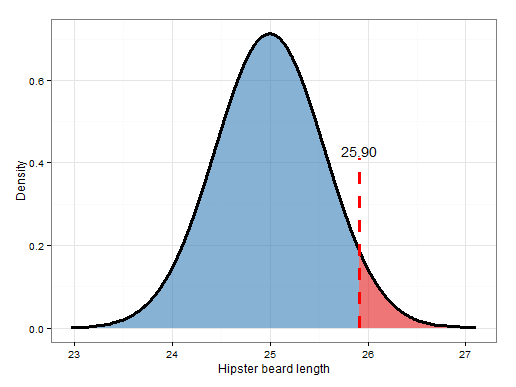 In the above visualization, we have taken as an example the sampling distribution of the beard length of samples of 40 scandinavian hipsters. The mean here is 25 and the standard error is 0.55 round(3.5 / sqrt(40), 2). The red area is considered the rejection region when we are doing a one-sided hypothesis where the alternative hypothesis checks whether the population mean of the beard length of scandinavian hipsters is larger than 25 millimeters.