Predicting with a decision tree 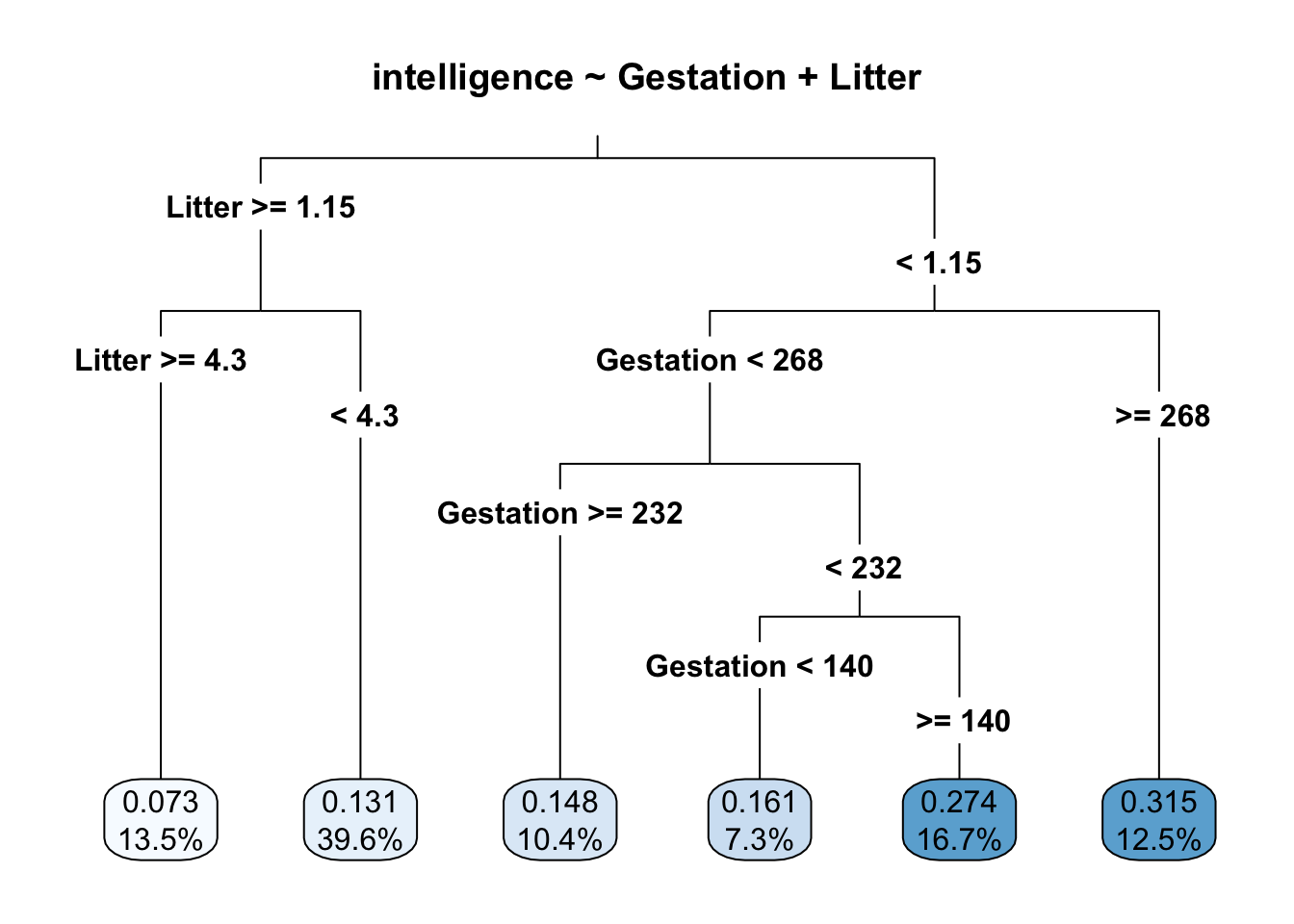 Here you see the decision tree learned from the brain data set shown in the previous video. The tree predicts the expected intelligence (humans have an intelligence of 1) of several mammals, as a function of gestation time (in days) and average litter size for that species.

The leaf nodes show the expected brain size for the datums in that node, as well as how many (percentage-wise) of the datums fall into the node.

You want to predict the intelligence of a gorilla, which has a gestation time of 265 days and an average litter size of 1.

What relative brain size does this tree model predict?