Let's take another look at the sampling distribution of dice rolls. This time, we'll look at five eight-sided dice. (These have the numbers one to eight.) 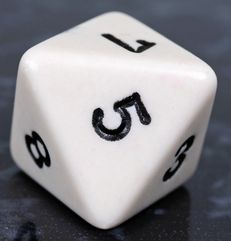