We'll now introduce a demographic model to be used throughout the course. It projects net migration rates via an autoregressive model (AR1). It is a typical example of an embarrassingly parallel application where a set of estimated parameters is used repeatedly for prediction. In an AR1, a future value is dependent on the past value. The process has a long term mean (mu), a rate of convergence (phi) to mu, and an error term with standard deviation (sigma). You do not need to know details of the modelling. 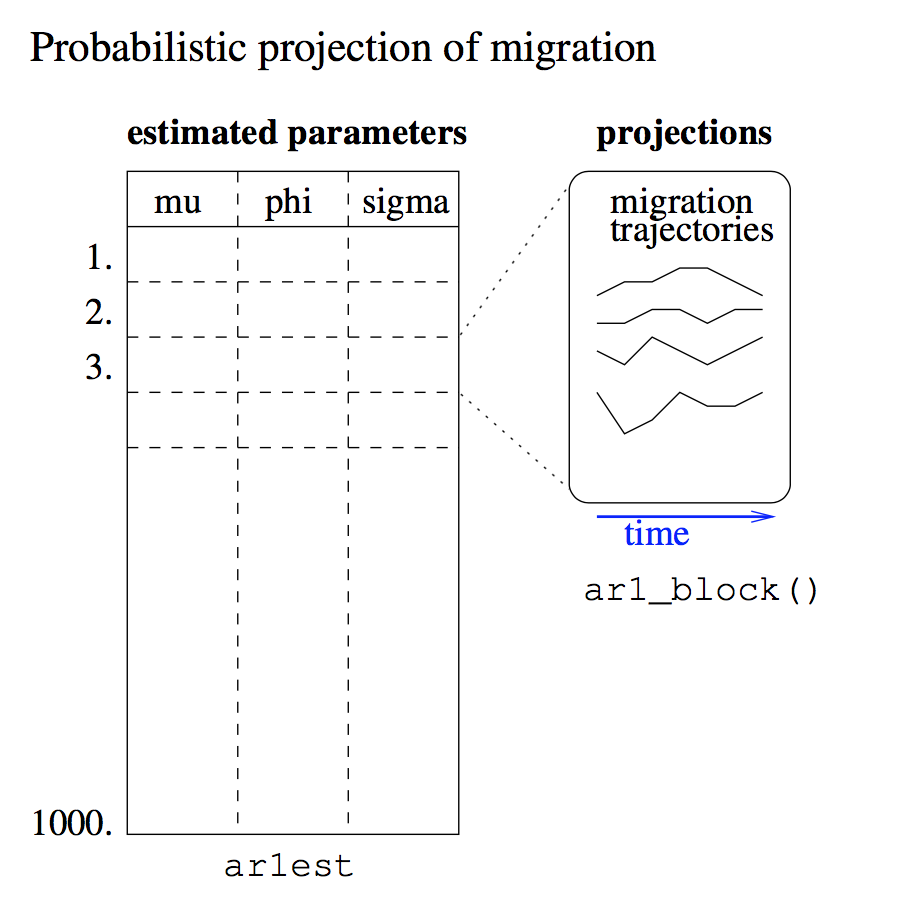