Now that you know what the Banknote Authentication dataset looks like, we'll build a simple model to distinguish between real and fake bills.

You will perform binary classification by using a single neuron as an output. The input layer will have 4 neurons since we have 4 features in our dataset. The model's output will be a value constrained between 0 and 1.

We will interpret this output number as the probability of our input variables coming from a fake dollar bill, with 1 meaning we are certain it's a fake bill. 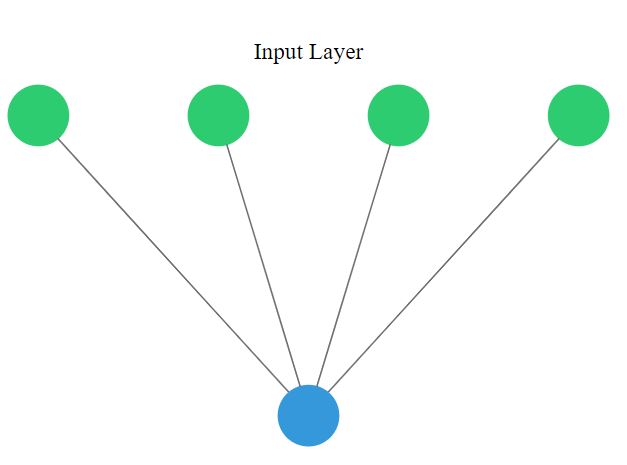