Sometimes, low contrast images can be improved by rescaling their intensities. For instance, this image of Hawkes Bay, New Zealand has no pixel values near 0 or near 255 (the limits of valid intensities). (originally by Phillip Capper, modified by User:Konstable, via Wikimedia Commons, CC BY 2.0) 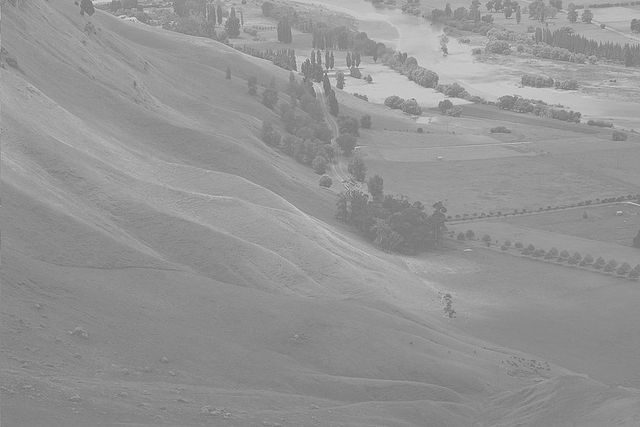 For this exercise, you will do a simple rescaling (remember, an image is NumPy array) to translate and stretch the pixel intensities so that the intensities of the new image fill the range from 0 to 255.