Let's have another look at some data from our Olympic dataset. How does the Weight of athletes vary between teams from different countries and of different sexes? In this exercise, you're going to use a two-way ANOVA to check for the presence of significant variation in the Weight of Olympic sprinters. You have been provided with the athletes DataFrame, containing details about athletes from the Team of the United States, and China, from both sexes. 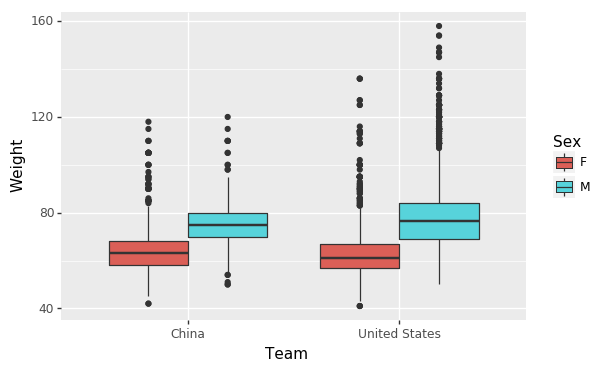 A two-way ANOVA will allow you to see which of these two factors, Sex and Team, have a significant effect on Weight. pandas, statsmodels, and plotnine have been loaded into the workspace as pd, sm, and p9, respectively.