Most analyses using the RDD approach graphically show the causal effect at the discontinuity. The graph on the right hand part of your screen displays this for the NBA game data mentioned in the last exercise, which suprisingly showed that the team losing at halftime has a better chance to win the game than the team winning at halftime. Along the x-axis is the score margin (the difference in the two teams' scores) at halftime, and the y-axis measures the predicted win probability, which is based on whether the team is currently ahead in the game. Each dot on the plot corresponds to the average margin of victory for the home team taken from a large number of games that all had the same halftime margin. 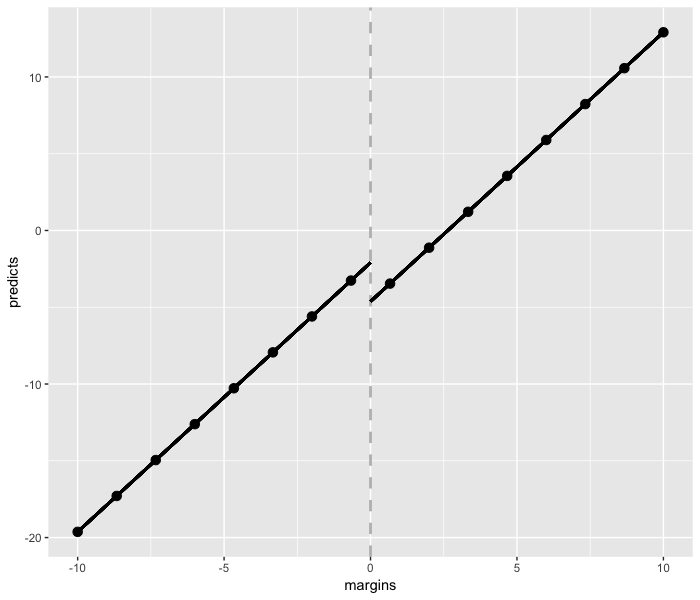 As you look at the chart, you can see how the line begins at a negative predicted winning chance and moves up into positive values for a predicted win, but with a downward jump when the halftime margin is 0. This implies that teams who are slightly behind at halftime are slightly more likely (than otherwise expected) to end the game with a positive margin (i.e. win the game). Why do you think the lines in this graph are sloping upward?