Mass Shootings have been a topic of intense discussion in the United States. A public database of mass shootings since 1982 has been made available by the Mother Jones, a non-profit organization. Over the next three exercises, you will build a Shiny app to explore these shootings on an interactive map. 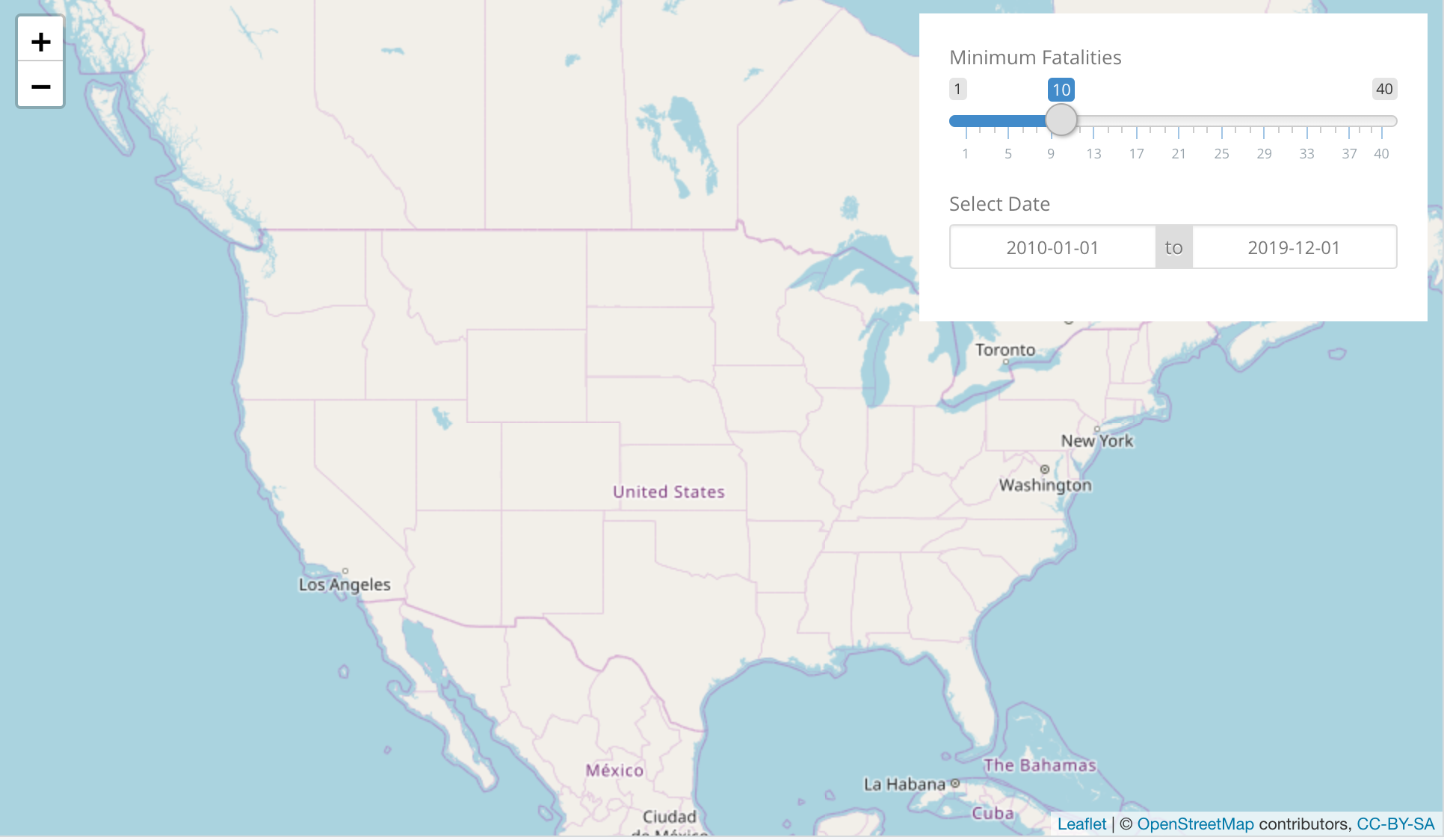 We have already loaded the dataset mass_shootings, and the packages shiny, dplyr, and leaflet.